Giant Tracks is a 2-CD set featuring new renditions of classic Gentle Giant songs, as performed by over 40 musicians from four countries. It was released on March 15, 1997 and has been out of print for many years.

The album was released on the label HyberNation Music, run by fan John Hagewood (himself a performer on the album).

Two pieces on Giant Tracks are original and previously unreleased. Kevin Gilbert's "Suit Canon - Fugue of the A&R Staff" is a multi-part vocal performance (fugue) in the style of On Reflection. It was later released on Gilbert's posthumous CD, The Shaming of the True. Gustavo Matamoros's "In Memory of Gentle Giant" is a 20th-century classical work based on bits and pieces of Gentle Giant themes.

A few of the tracks have been uploaded (by persons unknown) on YouTube: 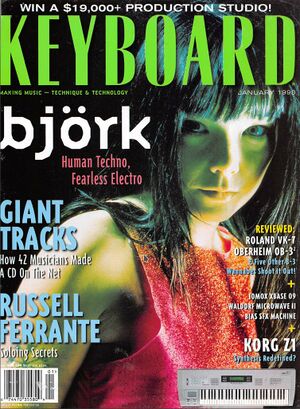 The article "Online Collaboration: The Making of Giant Tracks" appeared in the January, 1998 issue of Keyboard Magazine. It chronicled the creation of the tribute album Giant Tracks. The article was written by Dan Barrett.