The Shulberry was a stringed instrument played in concert by Gentle Giant for Playing The Game.

It was reportedly created by Dave Zammit, who writes:

I personally made that instrument with some assistance from my father.. Derek's sole contribution was to provide me with the pickup from an old instrument the guys had laying around their house, The only mandate was that it had 3 strings that could be tuned to the chord used at the beginning and within the song Playing the Game, thus making it unnecessary to purchase a Marimba as was used on the Album." 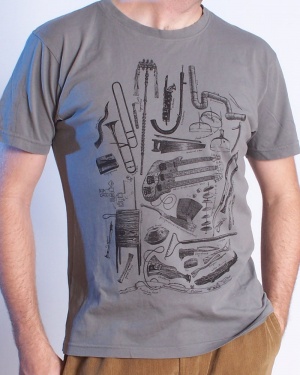 Michael Phipps designed an Instrumental Oddities t-shirt that includes a Shulberry, along with other rare instruments.